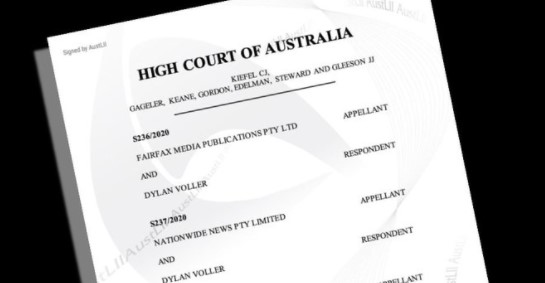 Social media comments on news articles on the most popular social platforms, like Facebook and Youtube, are often a quagmire, full of the most misinformed, vile and sometimes downright idiotic views. These swamps have been allowed to fester due to the hands-off approach to content moderation by online platforms, and a media economy that prizes engagement. Now, a court ruling will force media companies to rethink their presence on sites like Facebook.

This week, Australia’s High Court has found that some of Australia’s biggest media companies could be held liable for potentially defamatory comments posted on articles they share to their Facebook pages. The High Court rejected an appeal by media companies including NewsCorp and Fairfax Media in a defamation case that alleged the companies are liable for comments about Dylan Voller, an Australian man whose mistreatment at a youth detention center when he was a teen attracted significant commentary online and sparked a royal commission.