Google's data hungry practices are in the spotlight - with live inquiries on its anti-competitive behaviour in advertising, its monopoly in search and reviews of data collection practices. DuckDuckGo shows an alternative way - that you can do business without the surveillance.

Full disclosure: DuckDuckGo supports the Centre for Responsible Technology as part of their 2021 donation round. However, the Centre supported DuckDuckGo prior to this and we have made our position clear against Google and its monopolistic and data extractive practices.

Facebook may have to be legally forced into small publisher deals (via SMH). After refusing to negotiate with SBS, The Conversation and other small publishers, Senator Andrew Bragg has said that Facebook should be designated under the News Media Bargaining Code, forcing them to enter negotiations or risk fines of up to 10 percent of their Australian revenue.

Jon Favreau and Peter Hamby on how social media has changed journalism (via Crooked Media). Topics include how the internet has transformed media businesses and what a sustainable model for journalism might look like.

Why the metaverse must be stopped (via Tech Won't Save Us). Paris Marx talks to author Brian Merchant on Zuckerberg's plan for the metaverse, what's wrong with it and why Silicon Valley is desperate to make it happen.

Burning Platforms: Can technology really save the planet?

As world leaders debate the planet's future at COP26, the Morrison government's 'plan' places distinct emphasis on new technology. This session of Burning Platforms discusses the environmental impacts of technological development as part of the NetThing internet governance conference. 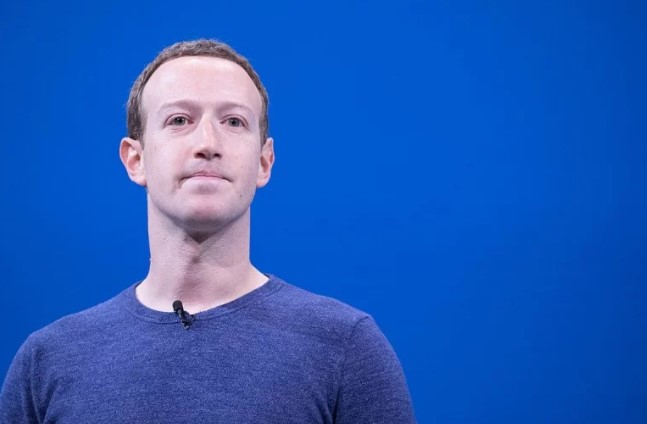 This week was a huge one for online regulation, with the much anticipated updates to the Privacy Act review dropping, including a specific Online Privacy Bill, the latest ACCC report on competition in search, and a private member's bill on social media defamation.

Social media giants face $10m fines for privacy breaches under proposed government reform (via Guardian Australia). Proposed reforms to the Privacy Act include up to $10m in fines for repeated privacy breaches. Other major proposals include requiring platforms to verify users' ages, and getting parental consent for children.

Submissions are open to the public to feedback on the Privacy Act review proposals (via Attorney-General's Department). This includes public submissions for an Online Privacy Bill that looks specifically at social media and online platforms.

The ACCC has released its report on competition in search engines in Australia (via ACCC). The third Digital Platforms Services Inquiry interim report found that Google's 94% search engine share is harmful to competition and consumers. One of the proposals to address this is the development of a default choice screen on smartphones that allows users the ability to choose their preferred search engine upfront.

Nationals MP Anne Webster introduced a private member's bill to make social media companies liable (via Parliament of Australia). The Bill proposes that social media companies should be liable as publishers if they don't take down allegedly defamatory material within 48 hours of receiving a notice from the eSafety Commissioner.

Pressure is growing for the government to designate Facebook under the News Media Bargaining Code (via InnovationAus). Facebook has refused to negotiate with critical publishers like SBS and The Conversation, which has ACCC Chair Rod Sims "concerned".

Facebook whistleblower Frances Haugen briefs Australian MPs (via Reset Australia). After her explosive revelations, Frances Haugen has spoken to other governments globally, including in the UK, EU and Australia.

A new podcast about how the internet is "slowly breaking our brains" (via Crooked). Jon Favreau hosts candid conversations with newsmakers, political figures and artists to discuss how the internet shapes the way we live.

Australia's annual Internet Governance Forum NetThing is on early November (via NetThing). The conference themes this year are "Inclusion", "Health", "Trust", and "Environment" including a panel with our very own Director Peter Lewis, and a special Burning Platforms session.

On this Burning Platforms we look at platforms vs. the nation-state. Platforms are acting like nation-states and governments are trying to become platforms, but are they both getting it wrong.

On this Tech Check we see how technology regulation and governance plays out differently depending on where you sit, as we collectively grapple with our technology-mediated world:

New resources to combat disinformation through tech lobby group slammed as woefully inadequate (via Innovation Aus). Australia's local technology lobby group DIGI announced new measures to "bolster" its weak Disinformation Code, including an oversight board made up of only three members who will meet twice a year. Both Centre for Responsible Technology and Reset Australia criticised their efforts.

Home quarantine apps spark privacy fears (via Guardian Australia). Human rights groups worry that data collected through home quarantine apps could be kept for longer than necessary and used for secondary purposes. The Centre for Responsible Technology advocate for strict limits and protections in the use of facial recognition technology for home quarantine in our related report.

ACCC Chair Rod Sims launches new issue of UNSW law journal on the theme of 'Big Tech and the Law' (via UNSW). The issue explores a diverse range of topics related to the regulation of digital platforms including the inadequacy of current antitrust/merger law frameworks and copyright.

On Burning Platforms we take a deep dive into the legal frameworks for entrenching digital data rights into Australian law. From informed consent to data matching and security, is the traditional approach to privacy applicable to the online world?

A new podcast and a new look forum! 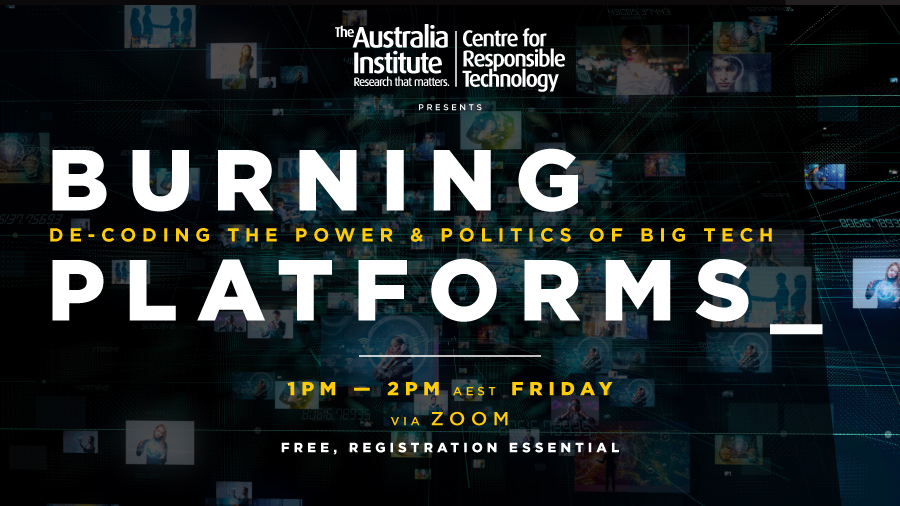 We are renaming our forum to ‘Burning Platforms’ to capture the sense of urgency in our work as digital technology continues to disrupt Australia.

We are also making it available as a podcast so you can listen in anytime.

On the radar for Tech Check - big moves by and against Google, Amazon tries to make surveillance look cute, and more on the Wall Street Journal's excoriating exposés on Facebook: